The team of Borealis consists of a professional team. With a great diversity of departments, they cover all aspects of development,
construction, pre-opening, operations, asset management, finance and M&A. The Management team consists of: 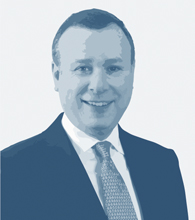 Bart is CEO and founder of the Borealis Hotel Group. Over the past 20 years, his involvement in the hotel industry has been substantial. With a deal flow of around € 3 billion, he has played a significant role in the Benelux hotel industry. His field of knowledge covers the full spectrum of operational, development, branding, legal and finance details, to which he adds a keen ability to recognize undeveloped opportunities. Starting with the development of the Radisson SAS at an age of 21, his experience in deal- making (more than 70), has resulted in great opportunities being created for the partners involved. In addition, deals have been guided by him on behalf of institutional investors and banks lacking knowledge of the hotel industry. Having worked in both good and dire market conditions, his operational knowledge also includes managing under difficult and harsh operational environments. 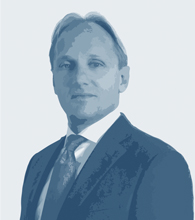 Lodewijk is co-founder of the Borealis Hotel Group. In various positions within Deloitte he was involved in the field of advising institutional players and governmental bodies with regard to their real estate interests. In 2005 he joined the law firm of Friedberg Oudendijk in Amsterdam and was admitted to the Amsterdam and Dutch Bar. In this period he specialized in corporate and real estate law and was active as a lawyer for the Borealis hotel group. In January 2010, he joined Borealis as a partner and co-founder of today’s Borealis Hotel Group leading the development team. Lodewijk holds a degree in Dutch Corporate Law.

Before joining Borealis Hotel Group as CFO in 2018, Jehoeda was an audit partner in the international audit practice of KPMG. In total he worked for almost 15 years in the audit practice of KPMG in which he gained extensive experience in (complex) audit and audit related assignments at a wide range of national and international companies (among which also listed and PE-owned companies) in the consumer and industrial market, media, technology, real estate, transport and logistics and start-up sectors. During these assignments he also advised his clients on several topics such as process analysis/ design, working capital, financing, management information and IT. Jehoeda holds a Masters degree in Business Economics and is a Chartered Accountant and member of the Netherlands Institute of Chartered Accountants.

Main areas of expertise: finance including accounting and control, financing and financial analysis. 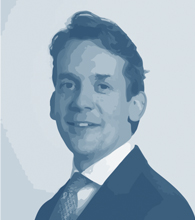 In 2007 Pieter joined Deloitte financial advisory services as an M&A analyst and he was involved in various (cross-border) mergers and acquisitions and business modelling in a number of industries for large multinationals, family owned businesses and PE funds.
He further extended its corporate finance/M&A experience at a start-up company and corporate finance boutique (spin-off Rabobank) before joining Borealis in 2014. Pieter plays a key role in the development team ( including exploring the financial feasibility) and also during the sale of assets, acquisitions and the communication to the (financial) stakeholders. Pieter holds a Bachelors in International Economics and a Master degree in Business Administration with a specialization in corporate finance. 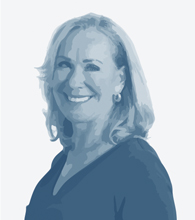 Dominique has 30 years of experience in management, corporate finance, capital markets, investor relations, private banking and real estate. After various senior positions at ABN AMRO she joined Rabobank as a Member of the Managing Board of Rabo Securities responsible for Equity Capital Markets and Corporate Finance. At private bank Staalbankiers she was Member of the Managing Board for 5 years. Next to her joined responsibility for strategy and management she acted as CIO (including real estate investments), Managing Director Marketing & Communications and Corporate Development. Since 2010 Dominique is partner at a multi-Family Office and she joined Borealis in March 2016. Dominique holds a Bachelors in both Business Administration and Tax Law and has completed various senior management education at Insead, DC Gardner and IMD.